At BarrieInvesting.com, we firmly believe Barrie is an ideal place for real estate investment! However, many people don’t know the potential that Barrie has to offer. Our team has put together our top 5 facts that make Barrie ideal for investment, which you probably didn’t know!

Barrie has been consistently ranked as one of the best places to invest in Real Estate in Ontario, and at BarrieInvesting.com we couldn’t agree more. If you would like to learn more about current investment opportunities in Barrie, contact our team today! Matt 705-739-3432 or Domenic 249-877-7785. 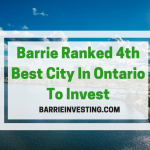 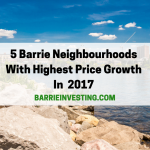 5 Barrie Neighbourhoods With The Highest Price Growth In 2017Investing Information